I came across this Forbes article today by Mfonobong Nsehe in which he decries the absence of venture capitalists to support the technology innovators on the continent:

Africa has its own Mark Zuckerbergs, Andrew Masons, Mark Pincuses, Larry Pages and Sergey Brins. But it lacks its own Yuri Milners, John Doerrs, Vinod Khoslas and Y Combinators.

Africans can create hugely successful tech products that will sweep the world off its feet. There are several entrepreneurs out there waiting to break through, but their ideas might never see the light of day because of a lack of seed finance. This is the reason Africa might never produce a Facebook, Groupon, Zynga or Google: There are no venture capital firms in Africa to fund these ventures.

Nsehe is right. When it comes to African technology, there is no, or little venture capital available to African entrepreneurs. The financing that is available generally comes from “social’ or ‘development’ type funders, not from venture capitalists wanting to get a huge return on investment. As a result, the funding comes in very small increments of $10,000 to $25,000. This is a lot of money in Africa but it cannot help African innovation compete at a worldwide scale.

Ushahidi is a perfect example of this. This revolutionary technology, whose founder is Kenyan woman entrepreneur Ory Okolloh (pictured). The technology has received worldwide acclaim and has been used around the world. But their funding mostly came from this social/development community. In fact, the funders listed on the Ushahidi web site almost all end in “Foundation.” 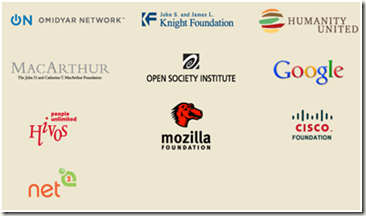 Sure, you could argue that Ushahidi has a “social benefit” aspect to it and therefore, it is normal that the funding would come primarily from the development or social funding community. But I wonder if the funders’ list had been different, if the technology could not have evolved into a profitable business venture as well.

A few years ago, I ran into a VC firm that had raised money from Vivendi and other big players. Their sole objective was to fund African technology. This was exciting. However, they were only interested in these mom and pop tech firms that had a ‘social’ benefit. The VC firm soon disappeared.

As an African woman, it is worse. You say funding, and the automatic reaction is “Micro-Finance,” a real pet peeve for me. As if African women entrepreneurs were incapable of managing anything more than a $50 loan. (Don’t let me get going on the women and finance thing here…). Development, social and micro-finance are not evil. They have their role and do help keep millions out of poverty. But Africa cannot develop by simply trying to not be poor. We need real multi-million dollar financing for African innovation. Is there risk? Of course there is, but no more than funding an online pet shopping site in Silicon Valley.