Over the last couple of weeks, I have been subject to a full out smear campaign orchestrated by one of my crazy brothers using the press. Since he failed to destroy me in court, he brought his case to the newspapers. 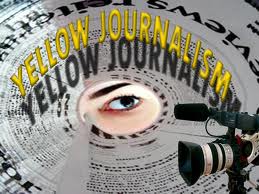 this blog. In the past, I ignored the articles "ordered" against me. This time however, the accusations that I was a CIA agent and that my company a front for the CIA merited a response. So I ended up having to meet with so-called “journalists.” My oh My! This was a real eye opening experience for me.

Of about 10 papers, only one Editor-in-Chief admitted approving the article for publication. All the others contended that a staff journalist or intern had inserted the article without their knowledge. It was almost comical how each of these had the very same excuse. They were out of town… They are only reading the article as I am speaking to them and had not seen it before… The article was a disgrace and they are shocked that anyone would print anything like that but it is not at all what they do… They will suspend/fire the culprits… They will personally be writing the retraction to give it more credibility…

They were obviously reading from the same book of how not to get sued. In this country, libel is a criminal offense and both the newspaper’s Editor and the author of the article can be sent to prison. All of these Editors were disingenuous and it was obvious that they were well aware of the contents of the article before it was published and were simply trying to cover their tracks. 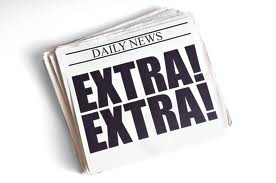 In the process of having to meet all of these “Editors” and “journalists” I learned a lot about how they conduct their profession. First of all, most of them had not bothered to actually write the article. They just printed what had been sent to them by email or on a USB key. This explained why the articles were all almost identical, including the title. They even received various jpg photos as part of the process. This meant that they had absolutely nothing to do except sign their name and find space in their newspaper in exchange for some money. The reality is that you order an article like you order an ad. Only in most major newspapers in the rest of the world, even the ad must meet certain standards. Here, just like with paid advertising, the placement of the article in the newspaper (front page or buried on page 6) is a reflection of the amount of money the paper received.

One editor was furious at his journalist. “He probably got a lot of money for this! And can you imagine, I didn’t get any of it. And I am the one that takes the blame.” His problem was not the content but not getting his “fair share.”

One of the “journalists” actually opened his email in front of me to show me who sent him the article (in 2 different versions) and showed me the attached photos that he could choose from. He explained that he had picked one of the two versions, had not changed so much as a comma, selected one of the pictures and simply signed his name as the author.

I actually read through an article with one “journalist” and pointed out that not a single sentence in his full page article was correct. Not one. “I did not read it in that much detail,” he answered. While we were speaking, he mistakenly spilled his glass of water. I wiped the water off with his newspaper and told him that was the only thing his paper could be useful for. A pity he didn’t ask to go to the toilet…

I asked some of the “journalists” what evidence they had in order to publish the nonsense they printed. They had none and in truth, they had not even thought about that question. You see, in most cases, as they explained, the person attacked simply writes their version and they just print that. They all offered to give me space to refute their article and were shocked when I refused. I told them that they would have to write a retraction themselves on anything they printed which they could not prove. I was therefore putting the onus on them to write an article, an exercise they apparently were not accustomed to. They kept complaining that it was too much work and even suggested that I should write the retraction as if they had written it and they would sign. I refused. They would have to repair the damage or I would sue. All of them finally agreed, albeit reluctantly, to write a retraction; and truthfully a couple have already published it.

Another common occurrence was that these “journalists” saw my meetings with them as a revenue generating opportunity. Most wanted me to “finance” the retraction!! “Madame, it is expensive to print a paper.” I honestly almost slammed one of their faces into my meeting room table. My answer: don’t print a retraction and deal with the consequences.

Others adopted a more subtle strategy. They would print a retraction saying that they had made a mistake but then they also wanted to help me to get back at the person that had financed the campaign. “You need to attack him!” “We will print anything you want against him. All we want is support.” Support = money. I told them I had never paid for any article in any newspaper anywhere in the world and I would not start now. They were actually surprised. It seemed strange to them that I would not want to do that against my enemies. Some thought I was stupid or naïve. A missed opportunity. LOL!

To be clear, not all journalists who received the articles or were offered money printed anything. All but one of the dailies refused and the one that did was very mild (no CIA reference). And even they agreed to print a retraction.

These so-called ‘journalists’ tarnish the reputation of the few who struggle through a difficult profession, constantly putting their lives at risk and having to overcome enormous financial constraints. After meeting so many of their “colleagues,” I have even greater respect for the real journalists who have not fallen prey to easy money.
Posted by African Entrepreneur at Friday, April 19, 2013